This guide includes archival materials and other resources about Christiansburg Industrial Institute at Virginia Tech Special Collections and University Archives and beyond.

Welcome to the Special Collections and University Archives research guide to the Christiansburg Industrial Institute. This guide features a number of sources and tools to ease your research process. 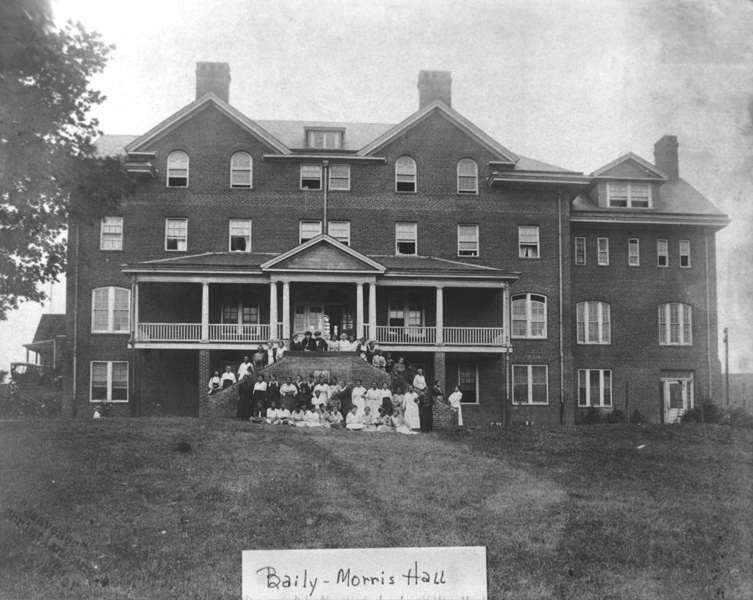 A portrait of Charles S. Schaeffer

Christiansburg Institute was founded in 1866 by Captain Charles S. Schaeffer, a former Union soldier turned Freedmen's Bureau agent. The school was created to educate newly freed African Americans in the area. With funding from the Freedmen's Bureau, and later the Quaker group called the Friends Freedmen’s Association, Schaeffer stewarded the school through its growth from one-room house with twelve students to over two hundred students, and by the 1880s, he turned over control of the school to an all-African American staff.

A photograph of Principals Charles L. Marshall (standing) and Edgar A. Long (seated, far right) with their families

After visiting the school in 1896, Booker T. Washington became an adviser. Christiansburg Institute began to implement vocational and industrial programs similar to both Hampton and Tuskegee Institute. The Institute was the center of education for the African American communities of over 15 different counties during its lifetime.

Christiansburg Institute closed in 1966 due to the integration of public schools but lives on thanks to the efforts of Christiansburg Institute, Inc., a grassroots African American cultural heritage and historic preservation nonprofit dedicated to community education, intergenerational empowerment, and the equitable stewardship of African American history, stories, and culture.