Psychology is the study of human and animal behavior and the psychological, social, and biological processes related to that behavior. Virginia Tech's curriculum emphasizes methods of conducting research and understanding behavioral data. 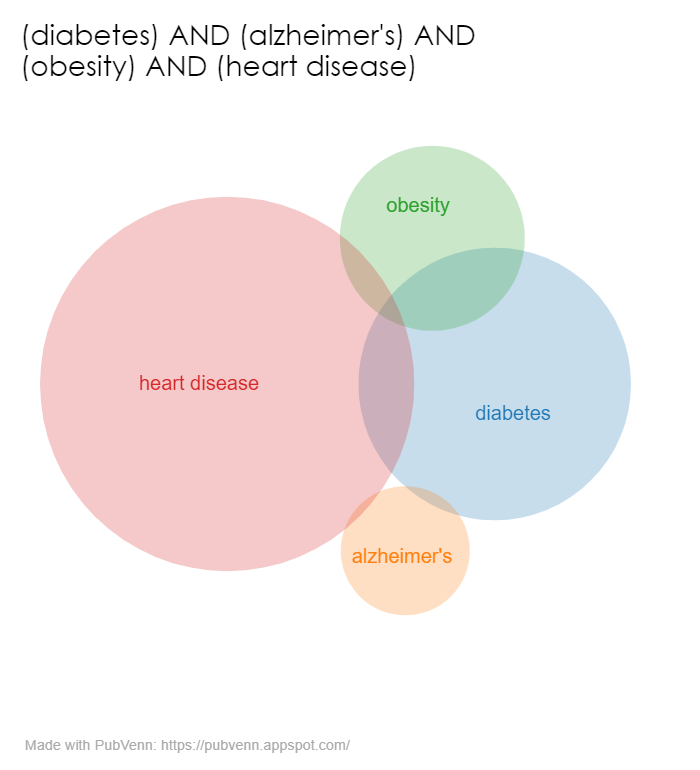 The proportion of citations in PubMed by topic. Diabetes has the highest proportion of citations, followed by obesity, and finally, the combined topics of obesity AND diabetes have the lowest proportion of citations. Why proportion instead of a raw number of citations? The the astonishing increase of the biomedical literature over time makes a bare count less illustrative of changes for any given search. Proportions make it fair to compare topics to one another. For example, the topic of Alzheimer's has not been as thoroughly researched as heart disease, and has only been extensively studied in the past three decades. Therefore, Alzheimer's research has far fewer publications and thus far fewer citations than the topic of heart disease, and thus, it would be unfair to compare them by counts rather than proportions. 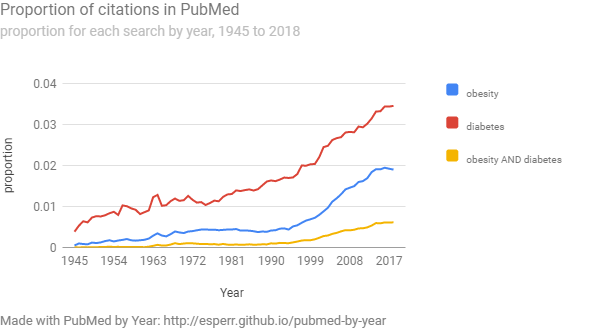 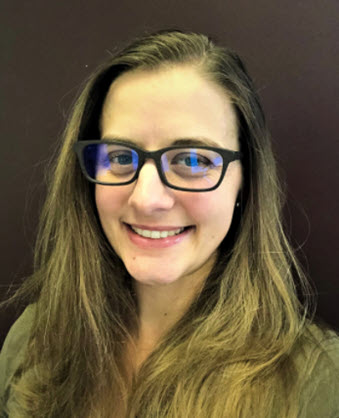